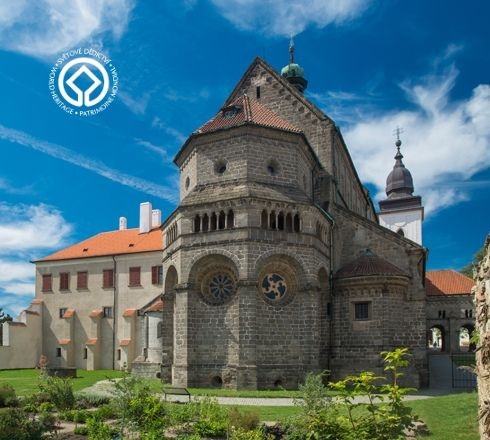 The jewel among the local sights is the three-naval Romanesque-Gothic Basilica of St. Prokopius. For its architectural uniqueness, the jewel of medieval architecture was enlisted together with the Jewish Quarter and the Jewish Cemetery as a UNESCO World Heritage Site in 2003.

In the first half of the 13th century it was probably decided to rebuild the former wooden monastery complex into a stone form. This is how, on the site of the abbey temple, the monastery church of the Assumption of the Virgin Mary originated, since the second half of the 17th century bearing the name the Basilica of St. Prokopius.

The monumental structure was greatly damaged during the siege of the town by the army of Hungarian King Matthias Corvinus in 1468 and was used for secular purposes for more than two centuries. It served as a stable, a granary and even a brewery. Only after the restoration during the reign of Waldsteins did the Basilica once again be used for sacral purposes and it was dedicated to St. Prokopius.

The most valuable elements of the basilica include the murals in the abbey chapel and the Romanesque rosette with the original ten-piece stone tracery. The crypt, the vault of which is supported by fifty columns, is also exceptional.