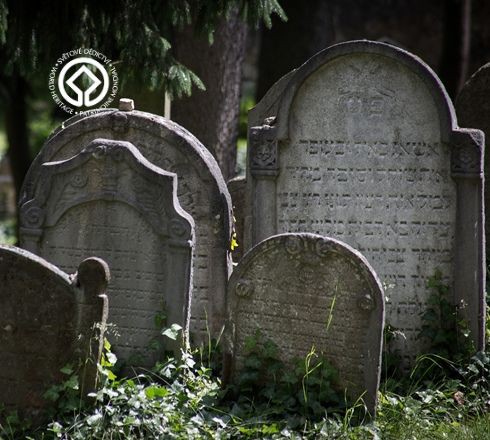 One of the largest and best preserved Jewish cemeteries in the Czech Republic was included in the UNESCO World Heritage List in 2003 as a part of the Jewish Quarter. It is located on the northern slope of the hill of Hrádek, where a zigzag road connects it with the Jewish Quarter.

The Jewish Cemetery was established in the present place in the first half of the 17th century. The oldest tombstone dates back to 1631, so the cemetery was founded shortly before. In 1888 the cemetery was extended to today's area of nearly 12,000 m2. It has about 11,000 graves and 3,000 tombstones. Many influential people are buried in the cemetery, such as Rabbis J. J. Pollak and S. Pollak.

The dignified funeral of the ghetto residents was provided by the so-called Holy Brotherhood (chevra kadisha), who took care of the deceased, the sick and the poorest members of the community. The Brotherhood membership was considered a social tribute regardless of property or social status.

A new ceremonial hall was built in 1903 near the entrance to the cemetery, where the last farewell to the deceased took place. There is a memorial to World War I Jewish soldiers and a memorial to the victims of racial genocide during World War II.